Where there's smoke, there may be an electronic cigarette!

April 30, 2014
My father was born in 1940. So he was in his twenties during the 60s, when he met my mom.
He met her at a dance. She caught his eye because her cheeks were bright red. He asked her to dance, and the rest is history. They've been happily married ever since.

Everyone is holding a cigarette


I always liked the story of how they met. But there's one thing in their story that struck me: cigarettes! My father told me that back then, offering someone a cigarette was just as common as offering someone a cup of coffee. And when I look at their wedding pictures, everyone is sporting a cigarette. That kind of makes sense because in 1965 fifty percent of men and thirtythree percent of women smoked.

Back when cigarettes were cool

I asked my father about it, and he told me back then cigarettes were considered cool. 'Cowboys smoked cigarettes, and they were tough guys.' Like in this old picture: 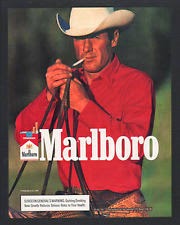 My dad used to work as an accountant and not only did he offer his visitors a cup of coffee, social convention was to also offer a cigarette or a cigar.
I wrote this post at the request of 21stcenturysmoke.com. But of course, the expressed opinions are mine, all mine!


A lot has changed since then! People discovered that smoking is bad for you. So if you offer someone a cigarette now, they may very well look you up and down and demand: 'What?! Are you trying to kill me or something?!' And since April 1, 1998 minors are forbidden from buying cigarettes.
People have tried to find alternatives to cigarettes. Like electronic cigarettes. Some of them look like a traditional cigarette, but others don't even pretend to be a real cigarette. They may look like a pen, or even an USB stick!

Electronic cigarettes: how do they work?


Electronic cigarettes work on batteries. When the cigarette is heated the liquid in the cartridge turns into a vapor. People get their nicotine fix by inhaling the vapor. The vapor looks like smoke. So you get the look and feel of smoking a cigarette, but without the tobacco.
Electronic cigarettes even come in all kinds of flavors. Like Blueberry and Mango!
Because electronic cigarettes are kind of new, the benefits and risks are not clear. Which is why The Food and Drug Administration wants strict regulations. One of these regulations would be an age limit of at least 18.
I personally never smoked. Even though I grew up with parents who used to smoke. And I'm teaching my kids that cigarettes are bad for them.

How do you feel about cigarettes? And what do you tell your kids?
Parenting