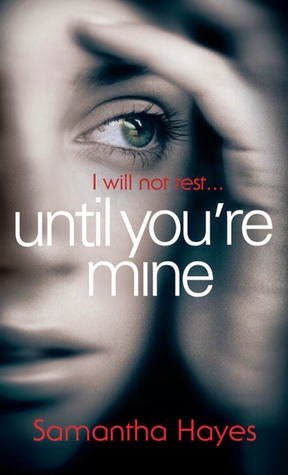 Have you ever read a book with such a plot twist it left you feeling like you needed to read the book again, knowing what you know now?

That's the kind of book that Samantha Hayes' Until You're Mine, is.


The story of Until you're mine


The story of Until you're mine features Claudia. She's happily married with James, and the loving stepmom of his two sons. She's also heavily pregnant. Because James is away a lot, they decide to hire a nanny to help Claudia.
Enter Zoe. But Zoe has her own agenda... And it sounds ominous.
Then there's another storyline about a scary killer who slices babies out of pregnant ladies' bellies.

How the story is told

I'm not a fan of changing perspectives! I always find it annoying when I'm reading along, and suddenly the perspective changes. But I wanted to know what happened, so I didn't throw the book into a corner like I normally would.

The story is written in the first person


And that makes it difficult as a reader to know which character is talking! Because Samantha Hayes doesn't put the name of the character at the top of each chapter. So as a reader you have to figure it out as you go along.

My conclusion about Until you're mine


I have mixed feelings about this book. On the one hand I have to hand it to Samantha Hayes: 'She managed to surprise me!' I did nót see the plot twist coming.

On the other hand, I don't think she was playing fair. Because she doesn't let the reader know which character is telling the story. And she uses that at the end to do the plot twist.


Should you buy or read this book?


If you like a thriller, this one certainly delivers. And it's money well spent. Because after you've finished, you may very well read this book a second time because it'll be a different read now that you know what's really going on.


You can buy Until You're Mine: A Novel at amazon.com for about 15 bucks. I got it from the library, and I don't mind taking it back.
Product Review