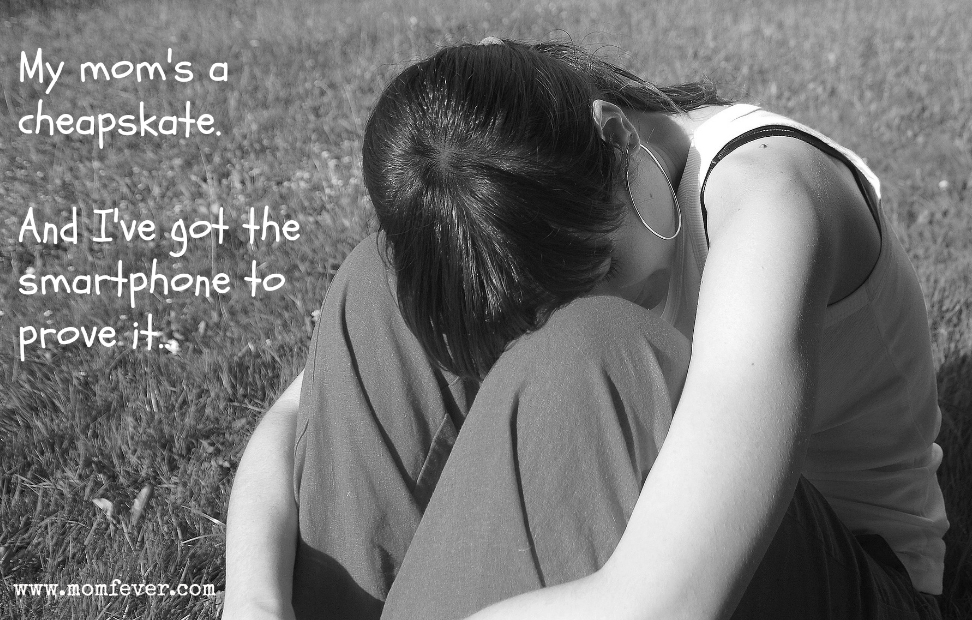 For the third time in her school career,  my daughter came home with a broken smartphone. Now that's not very smart, is it?"

Apparently it fell. And now there's a big crack in the screen. It won't even start up again.

At first I was all: 'You broke your smartphone, now you lie in it!' But then I remembered she had to go on a school trip. To London of all places. And I really want my kids to have a phone when they're away from home. That way they can do an E.T. and  'phone home'.


Off to the store I went. I had a budget of 70 USD in mind. Because I didn't want to spend too much money. After much deliberation I bought her a Samsung GT-S5310 also known as the Samsung Galaxy Pocket Neo. It cost me about 60 bucks.

I figured Samsung is a well known brand, so how could I go wrong?

But as soon as my daughter saw the Samsung Galaxy Pocket Neo her face fell. And I saw her swallow back tears of disappointment. I had to admit, it wás kind of small. It comes with a 3 inch display. But hey, beggars can't be choosers! Right?


Turns out the Samsung Galaxy Pocket Neo is a big dud. The worst thing about it, is that it hardly responds to your touch. And if does, it takes forever. It reminded me of my kids when I ask them to do something.

Aside from that, it's so small it's almost impossible to use the keys. And the camera sucks big time too.


I would like my sorry tale to be a warning. So other moms don't make the same mistake I did. By wanting to be frugal I wasted my money. Now we've got a dumb smartphone and I'm out 60 bucks.

So my advice is: don't be too cheap! When it comes to smartphone, be smart about it. Spend a little bit more, so you get good quality.