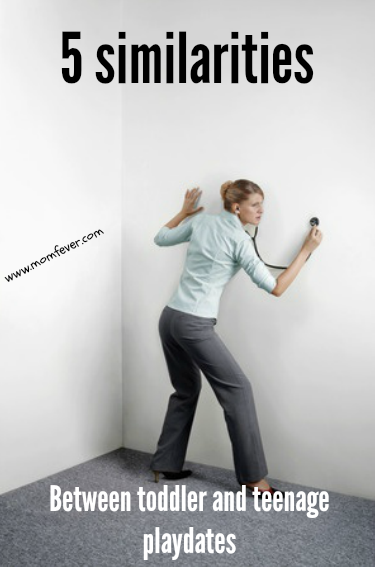 Now that my youngest son has reached the impressive age of 9, playdates have become so much easier! No longer do I have to watch them like a hawk, and hover around them like a helicopter-parent. They can just go and play.

How blissfull this peace of mind has been, I realized last Friday. Because that's the day I lost it.

Fifteen year old son with girlfriend. In his room...


My fifteen year old son had invited his girlfriend over to our house, and they were up in his room. It all came rushing back: the feeling of having to be on the alert constantly, of feeling worried and unable to relax.

Then it hit me!


Then suddenly it hit me: playdates for pubescent girls and boys are very similar to playdates for four- and five year olds! And because nobody warned me about this, I feel the need to share this info with you! So you are forewarned!