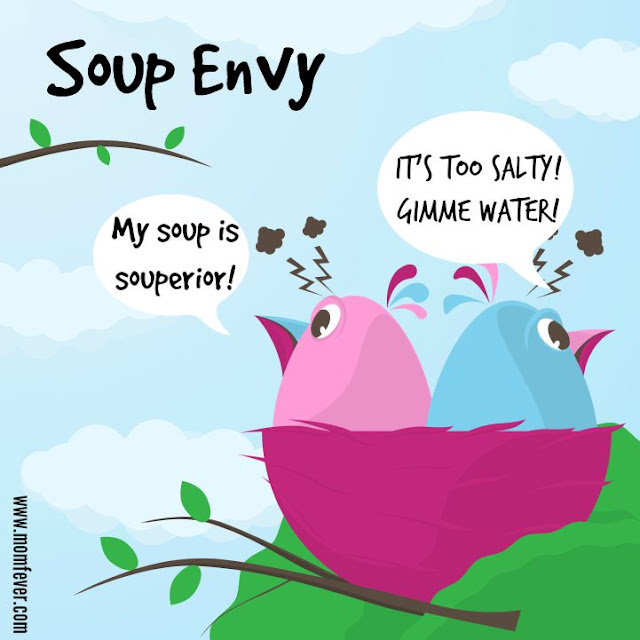 My husband and I wage a silent battle about who works the hardest, and who's the most tired. But apart from that, we fight about who can cook the best soup.


Hubby says his soup tastes the best, but I think it's more bland than Tinkiewinkie without his red purse. So I told hubby he was very much mistaken, and my spicy soup obviously was the better dish. But he kept gulping down big glasses of water to make his point. Again.


So when I cooked myself a lovely pot of soup, I poured the leftovers into a bowl, to have for lunch the next day. But suddenly I heard the banging of pots and pans, and saw hubby heating up my soup!
'Hey, that's my soup, you know!' I called out.

'I'm hungry' hubby said, and added: 'I'll leave you some, don't worry.'
Triumphantly I said: 'So you do like my soup!'
Hubby didn't respond, but then I heard him use the kitchen faucet, and pretending to talk to himself: 'Right, let's add a whole lot of water to get it to taste right!'

It's obvious who wins the Prize of Patience and Restraint!