Monopoly: it could have been worse 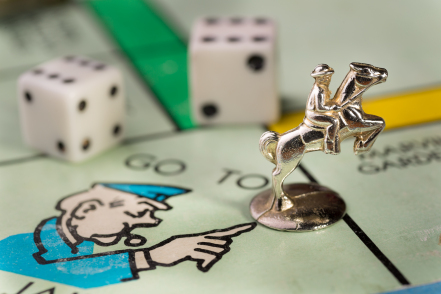 I went to pick up my two youngest sons from a playdate, and there on the dining roomtable, lay the remnants of a game of Monopoly.


There'd obviously been four players, and judging from the different piles of money one of them was rich enough to buy the White House, and the second could be the proud owner of every Starbucks. In the whole world. But on two sides of the board there was only a small pawn. No money.

Where did my children sit?


'Where did you guys sit?' I asked hopefully. And sure enough they pointed to the poverty stricken pawns.
'Ot went bankrupt, and Pete hasn't got the guts to invest,' the mom and hostess explained.

And as I walked home with my two bankrupt children I thought: 'I hope a game of Monopoly doesn't represent real life!'