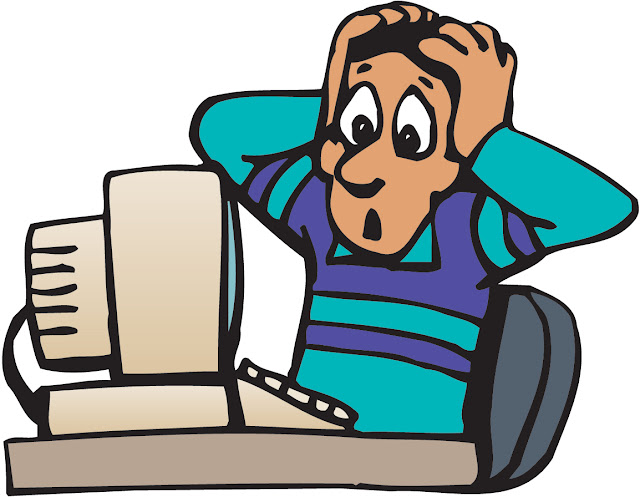 My fourteen year old son sat on the couch, and subjected me to his music, which made me yearn for an acute loss of hearing.

While he was torturing me, he chatted with a friend on his Facebookpage. I couldn't help but take a peek.


'Have you finally gotten a real girlfriend? One you can f-xxxx?!' my disbelieving eyes read.
'That's terrible Jan,' I cried out. 'I didn't know Ted was such a foulmouthed boy!'
'He's never done this before,' my son tried to defend his friend. 'He probably stayed in school too long, listening to his class mates saying dirty things.'
'Well, I don't like it, and I don't want you to talk that way!'

Tell him your mom is standing right behind you


Then, because I felt like spreading some stress and anxiety I said: 'Tell him your mom is standing behind you!'

Obediently Jan typed in the bad news.
'Quickly, say something else, so what I said disappears from the screen!' came the answer.
'Tell him it's too late, I've already seen it!' I said, and I have to admit: I was really beginning to enjoy myself.

Then a really sad smiley appeared on the screen, blushing bright red.

Ted hasn't been seen in our house since.
Parenting