A small chore a day, keeps chaos at bay 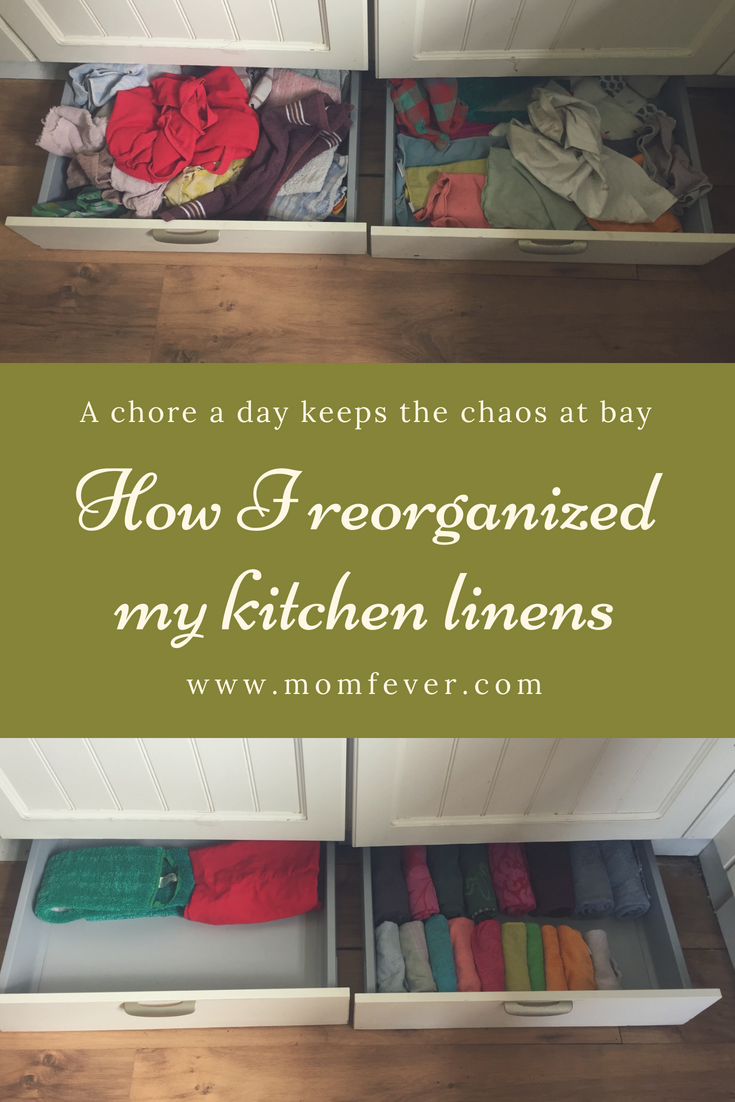 Summer vacation is upon us, and with it, lots of chaos. With everybody at home, the house can get quite messy.

One small chore a day, to keep the chaos at bay


So to protect myself from all the chaos and mayhem, I decided to do one small chore a day. That way I get that lovely feeling of getting something done, while at the same time keeping the chaos at bay.

The key to succes is choosing things that are really easy to do but have a nice impact.


I decided to start with the drawers where I keep my kitchen towels and stuff.


I have 2 kitchen drawers beneath my kitchen cabinet. It was a smart way to create extra space. However both drawers are filled to the brim with kitchen towels. In fact they're so full, it's usually a struggle to get the drawer to closes.

So I asked myself:

'How many kitchen towels does a person really need?'


Because I had this creeping suspicion I had 'too many'.

This is how I reorganized my drawers!

This is how many kitchen linens I kept


After making a brutal selection I had: 10 dish cloths for wiping and cleaning, 6 dish towels and 4 kitchen towels. I also had 1 apron. I put everything neatly into the drawer. 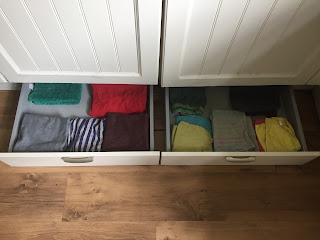 But then I remembered Marie Kondo, and her way of rolling everything up! So I decided to try that, and wow, I only needed one drawer that way! And it looks much more organized too: 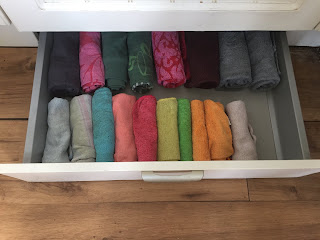 
By doing one chore a day, you get a nice feeling of accomplishment. And it doesn't take much effort.