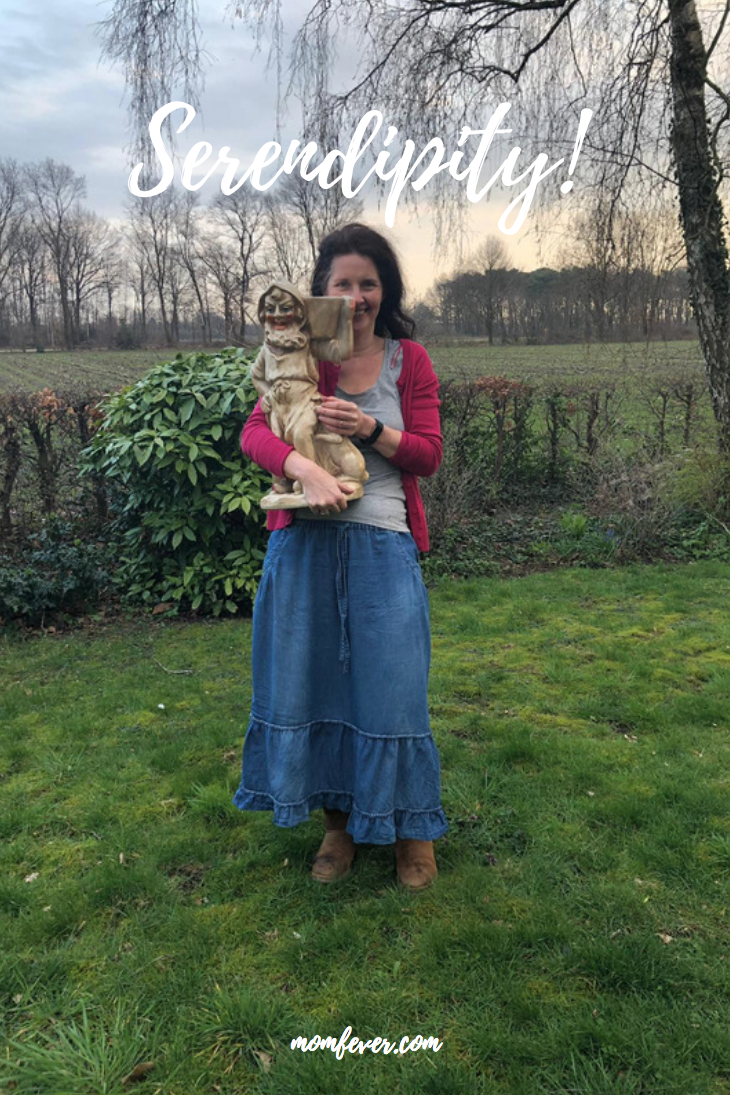 Do you know the movie Serendipity? It's all about the idea that if something is meant to be, it will happen. This week I encountered my own kind of serendipity. Here's what happened.


Two weeks ago I was walking around this thrift store when I spotted this really ugly garden gnome. Some might even say it was 'ugly as sin'. It was so ugly, I even took a picture. After looking at the price tag, I left it at the shop and went home. But I kept thinking about the ugly garden gnome. It was so ugly, it was almost charming. After several days I came to a decision. I said to myself:

If it's still there after a week, that means I can buy it. Because then it's.... serendipity!


And what do you know! A week later it was still there. So now I've got a really ugly garden gnome and I named it Serendipity : )