The bad daughter by Joy fielding 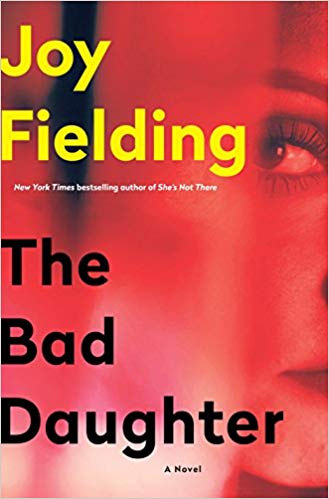 I've been reading books written by Joy Fielding for a long time. She has a certain way of spinning her stories, I like.

I just finished her book The Bad Daughter. Here's my review!

The Bad Daughter what's it all about?


The Bad Daughter is a psychological thriller featuring Robin and her sister Melanie. One day Robin gets a phone call from her estranged sister Melanie, asking her to come home immediately.

When she gets there she finds out her father, his wife and their daughter Cassidy have been shot and the wife died. Everything points to a home invasion gone wrong. Soon you learn that Robin's father was married to her best friend Tara, which cost them their friendship.


Robin did nót appreciate Tara getting it on with her father, especially since she dumped Robin's brother for him! Oh yes, there's a whole lot of complications going on.

Anyway, what follows is the story of Robin hanging around, waiting to see if her father will recover, all the while trying to keep things civil with Melanie. Melanie is not helping at all by the way. She resents Robin big time, and isn't afraid to let her know.


The police are poking around doing their best to find the person who did it. They're basing their research on what twelve year old Cassidy told them. She said there were 3 bulky men wearing ski masks. Soon they no longer think it was a home invasion. Instead they start to suspect Robin's brother Alec and Melanie's autistic son.

What made The Bad Daughter worthwhile


About halfway through the book I figured it out. Like I said, I've read a lot of books by Joy Fielding, and I kind of know the way she tells the story.

What kept me reading this book, was my curiosity: were my suspicions about whodunnit right? I thought so, which made me look at everything that happened in the book with a different eye.

As it turns out, I was indeed quite right!


The Bad Daughter is not a great book, but what kept me hooked was my suspicion about who had shot these three people. I like Joy Fielding's choice of villain. It's shocking and original.

So if you're looking for a nice, easy read with a satisfying ending, you'll probably like The Bad Daughter.

Practical information about The Bad Daughter


The Bad Daughter is available on amazon.com for 7.90 USD in paperback. You can also take a look inside the book over there, and read the first few pages. See if you like it.


Make sure you don't miss any posts on Momfever!