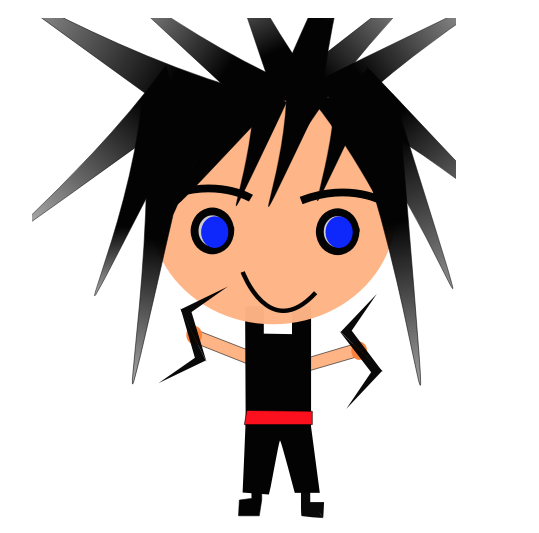 'Mom, I need a haircut,' my eldest son Jan who's sixteen told me. He's been sporting this terrible 'emo hairdo' which looks like some toddler took a pair of scissors to it.

I still can't believe I actually had to páy the hair dresser to get it looking like that...

Why don't you let your hair grow a little longer


I took a look. Indeed: his hair was finally looking normal again.

'Why don't you let it grow for a while longer,' I tried. 'And then comb it back, instead of letting it hang like a curtain across your face.'
'Fail!' my son declared.
'But you would look so good,' I tried. 'You're such a handsome boy, and it's alright to show it!'

Just give up, mom


'Mom, why don't you just give up,' he advised me.
'But it's part of my secret plan to get you a haircut I actually like!' I let slip.

For a moment there was silence, then he said: 'But now that you've told me, it's no longer a secret, is it.'

Then it was my turn to be silent.

To buy some time I took a sip of my tea, and then it was my turn to say: 'Fail!'
Parenting